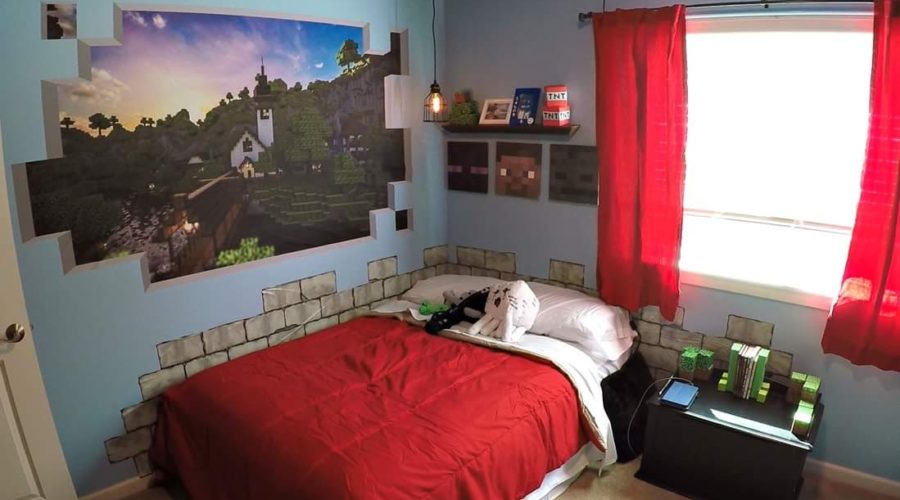 Like many 9 year old kids, they are REALLY into Minecraft. Like, that is all. Minecraft. Now I love a good design theme, and Jacob never really asks for anything. So when he says all he wants for his birthday is a Minecraft room, I’m on it! Luckily this wasn’t too far out my comfort zone being a graphic designer.

I started out by measuring the walls to see the space I could work with. The biggest idea I had was to make one wall look like the blocks had  broken through and he could enter the realm of Minecraft. This is where my graphic design background came in and I needed to sit at the computer, and create this wall in Illustrator. I made it BIG! The wall I had printed ended up being 7 feet x 3.5 feet! It looks so cool though. The file to get this wall printed can be found here. There are several jpeg sizes available to choose from. I also have a version available for purchase where you do not have to send it to a printer here. 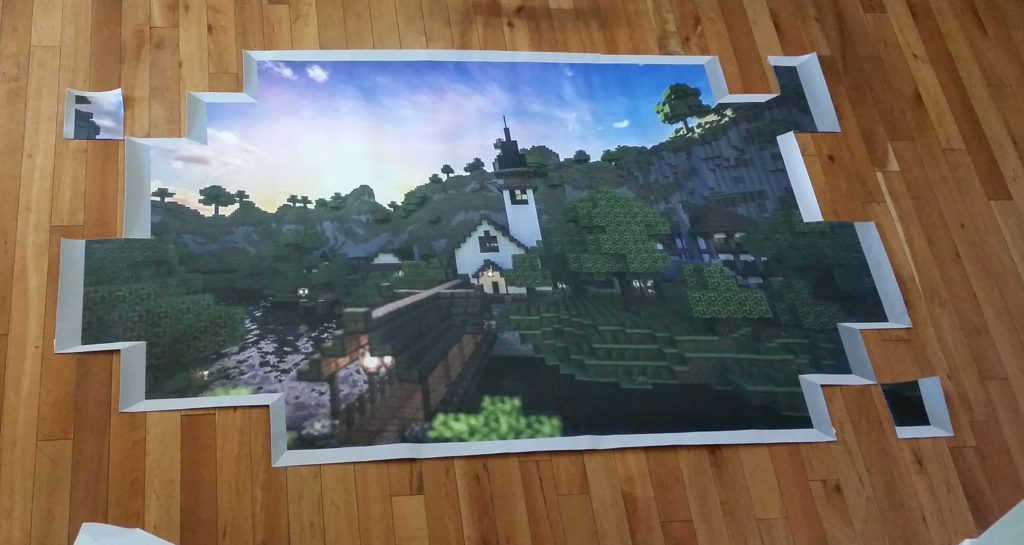 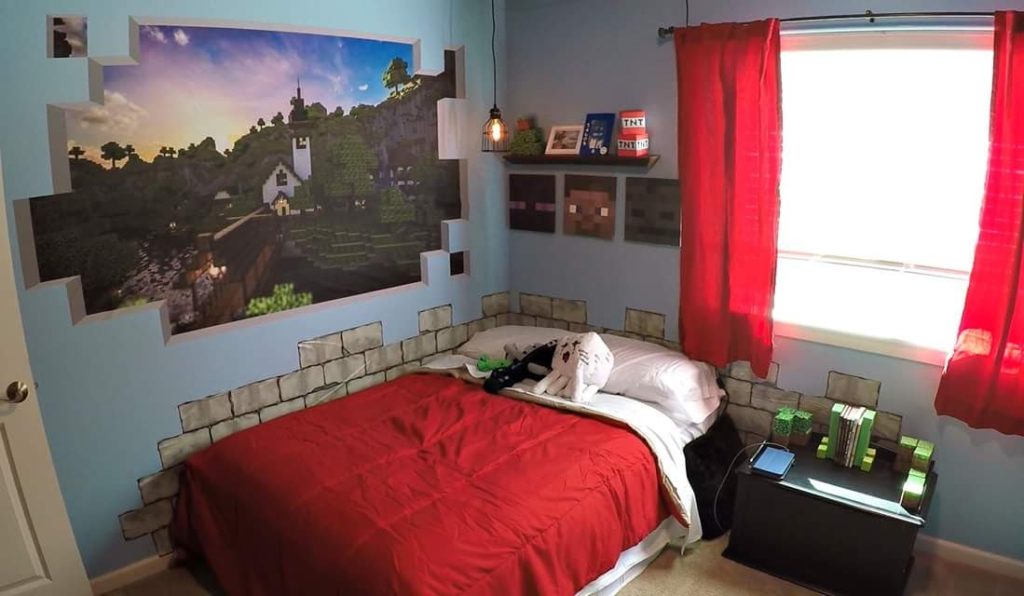 The next big statement piece I decided was some form of blocks. Now there are a TON of different ways to include blocks on the walls, many of which include paint. This for me was too permanent. I understand that he LOVES Minecraft. But I’m not ready to commit that he will love it forever. This room is meant to be really cool, but also really removable…! So, I did some online searching and found this vinyl wall backdrop which was cheap and huge! I cut it up and used it in 3 places. First, it was used to cover the closet doors. The second place was behind the bed. The last was above the dresser which added an awesome design element to the room! 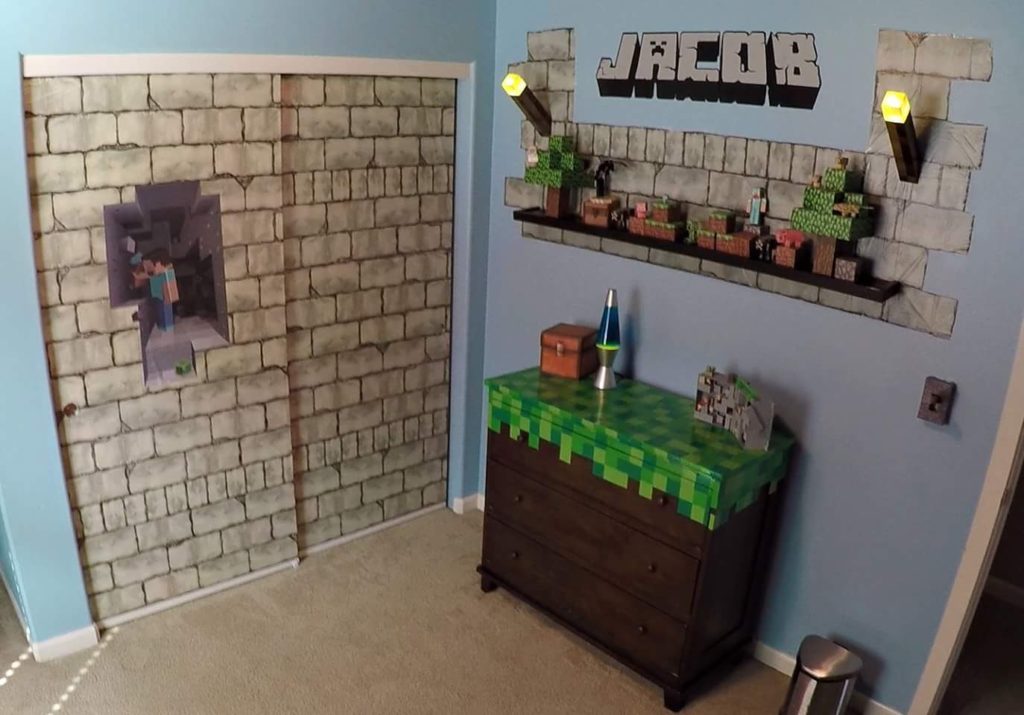 I of course had to use my favorite litter machine, the Cricut in this room somehow. I bought three different colors of green vinyl on amazon and then made it cut 2″x2″ squares for me. I peeled these off and placed them on top of his dresser which made it look like a grass block in Minecraft. Again, totally removable! Over Minecraft? Peel it off! I also used Illustrator to create his name in a Minecrafty font and then 3D it to resemble the Minecraft logo font.

I used black vinyl and gray cardstock paper. Spray glued them together and taped it on the wall.

The remaining details in the room he received for his birthday from family and friends. We asked for the bedding, the stuffed Enderdragon and Ghast, the two Minecraft torches and the hanging light. All of which made the room come together, cause it’s all in the details! 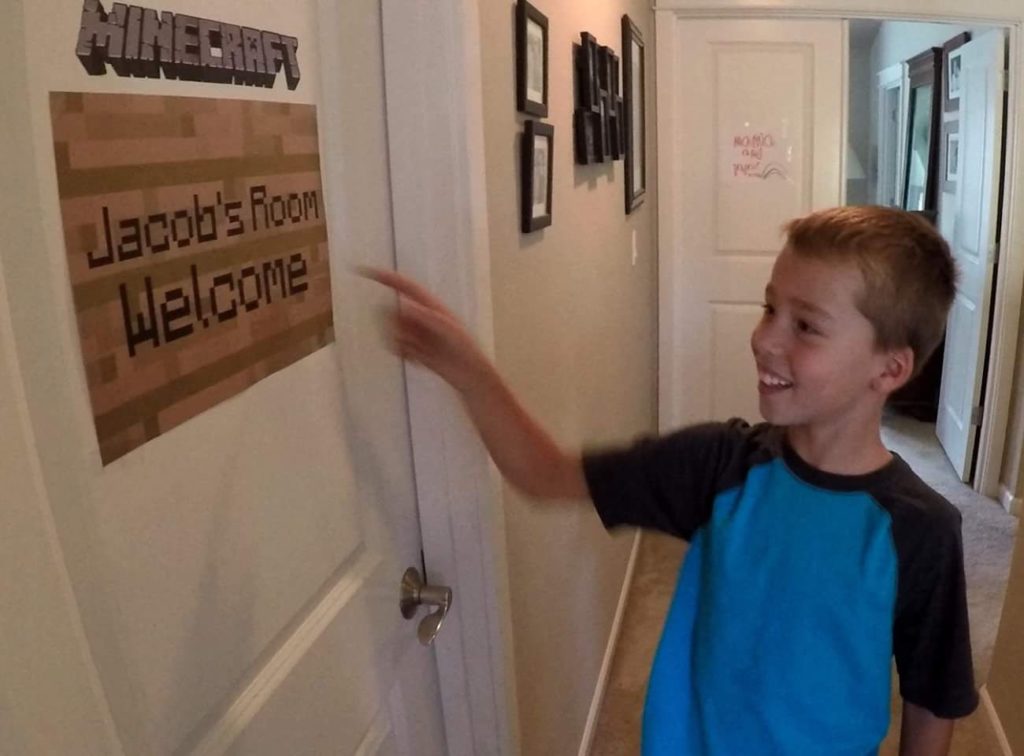 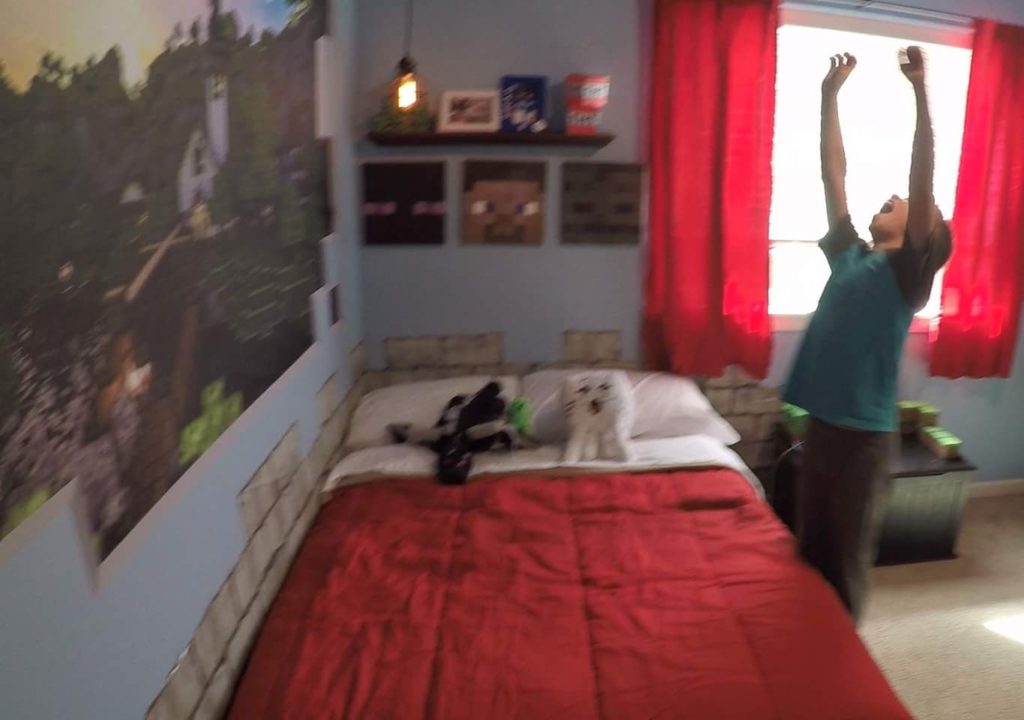 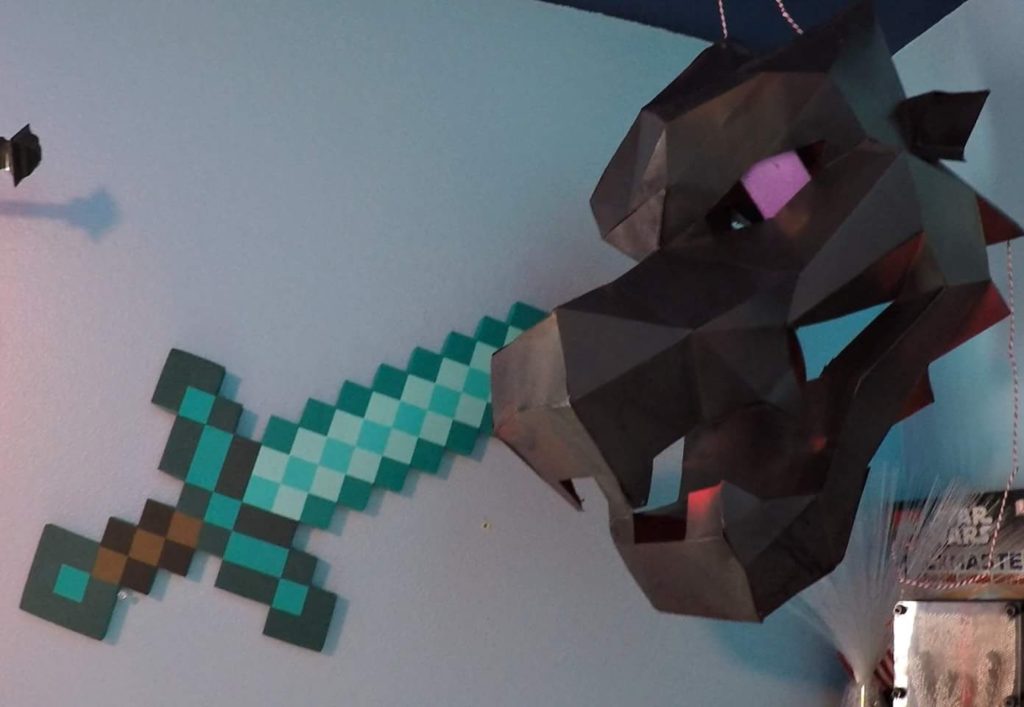 One of the coolest details was this lightswitch lever. I made a version using balsa wood cut and glued together. I made the lever by gluing the four sides straight onto the original tiny lightswitch and then wrapped the whole thing in paper which I created in Illustrator. It turned out so fun! Jacob loves his room and I had so much fun creating it. Wins all around! 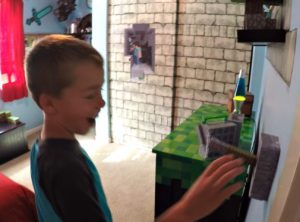 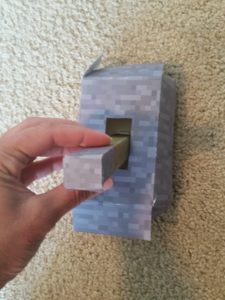 This site uses Akismet to reduce spam. Learn how your comment data is processed.

© All rights reserved to AdelleDittman